About the Emerald Ash Borer

The Canadian Food Inspection Agency has issued a ministerial order to prohibit movement of firewood, and ash-tree products such as nursery stock, logs, branches and wood chips from areas of Ottawa and Gatineau to any other surrounding regions to limit the spread of Emerald Ash Borer (EAB).

Emerald Ash Borer is a non-native, highly destructive wood-boring beetle that feeds under the bark of ash trees. All species of ash are susceptible to attack, except mountain ash, which is not a true ash species. Since it was first identified in Michigan in 2002, EAB has killed millions of ash trees in Ontario and many parts of the United States. It poses a major economic and environmental threat to urban and forested areas. It was confirmed in Ottawa in 2008 and its impacts can be clearly seen spreading from the St. Laurent area. Since the insect spends most of its lifecycle under the bark of trees, it can be easily moved with firewood or other tree materials such as nursery stock, logs, brush and larger wood chips. This insect is able to fly, but since its spread has been primarily along major highways and transport routes, it is clear that humans are the main vector of dispersal.

Emerald Ash Borers normally have a one-year life cycle, but some can take up to two years to mature. EAB lays eggs on tree bark and in bark crevices starting in late May.

In its larva form, which resembles a caterpillar, Emerald Ash Borer feeds just under the bark of ash trees. This feeding disrupts the tree’s circulation of water and nutrients. The presence of even a few insects in a tree can kill it.

Top branches of ash trees usually die off first. Trees can lose half its branches in a single year. Once larvae finish feeding under the bark, they mature into adult beetles that chew their way out of the tree. 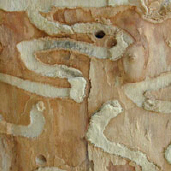 Infested ash trees in North America generally die after two to three years, but heavily infested trees have been observed to die after one year.

Learn how you can identify Ash trees.

The City is treating selected ash trees throughout the Ottawa region with TreeAzinTM. TreeAzinTM is a systemic insecticide produced from extracts of Neem Tree seeds (Azadiracta indica).  It is injected under a tree’s bark, directly into the conductive tissues, and moves upwards with the flow of water and nutrients.  TreeAzinTM can be very effective at controlling EAB infestations but injections are required every two years and treatment does not ensure tree survival.  For more information on TreeAzinTM, please visit the manufacturer’s website at http://bioforest.ca/.

Trees are assessed on an individual basis and considered for injection based on a number of factors including tree health, tree form and tree location.

Are you thinking of having your privately-owned ash tree injected?

Treating your ash tree can be a good investment when taking into account the cost for tree removal and replanting as well as the benefits urban trees provide including increased property value and energy savings.

Slow down the spread

Residents can help by:

Failure to obey a ministerial order can further put our forests at risk, and could also lead to prosecution and fines as high as $50,000.

The City is responsible for maintaining or removing City-owned ash trees (in City road allowances, municipal parks and natural areas). Trees will only be removed if they are highly infested with the Emerald Ash Borer (EAB) or if they become structurally unstable.

Private property owners are responsible for removing and disposing of affected ash trees on their properties. It is recommended that the owner use a certified arborist and ensure full compliance with the ministerial order for wood movement and disposal.

Home owners are still able to put leaves and branches under four inches in diameter and four feet in length out for curbside leaf and yard waste collection even if they are from ash trees. Residents can continue to bring their own leaf and yard waste to the Trail Waste Facility for free if it meets the above requirements. A fee will apply to contractors and residents bringing in material greater than four inches in diameter

The human movement of infested materials such as firewood, logs, branches, nursery stock, chips or other ash wood is the most common way EAB has been spread. Adult Emerald Ash Borer can fly, but research indicates adults usually fly a short distance upon emergence. The City of Ottawa and the CFIA are asking the public not to move firewood or other wood materials. To reduce the risk of spreading forest pests, buy and burn firewood locally.

You can help by learning to identify EAB and ash trees and by reporting suspected outbreaks of the Emerald Ash Borer by contacting the CFIA at 1-866-463-6017 or e-mailing the City 311@ottawa.ca. For more information see the Ontario Ministry of Natural Resources’ EAB Site.

Ash trees are commonly found in streets, parks, and forests throughout Ottawa and the rest of Ontario. (Figure 1). There are three species in Eastern Ontario: white, green/red and black ash. 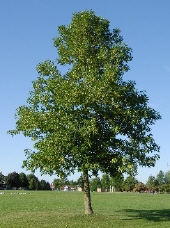 Figure 1: Ash are typically large trees reaching up to 30m tall at maturity

Branches and leaves grow in an opposite pattern. Where one leaf or branch emerges, another grows directly opposite.

Leaves are typically 5 to 15 cm long and compound with 5 to 11 leaflets (Figure 2). Leaflets have either smooth or toothed margins (edges).

Ash seeds hang in clusters of single, oar-shaped seeds and are often shrivelled (Figure 3). Clusters typically stay on the tree until late fall or early winter.

Starting summer 2019, the City of Ottawa will be shifting to inject ash trees every 2 years (ash trees were previously injected every year). This approach is in line with researched best practices for tree injections and is supported by monitoring of declining emerald ash borer populations. There is no action required on the part of residents. Questions can be directed to 3-1-1.

The South Nation Conservation Authority (SNC) offers a pilot program to replace ash trees on private property affected by the Emerald Ash Borer (EAB). Cost-share funding will support the removal of the infected ash tree(s) and replacement with a native tree(s).This grant opportunity is available to all private property owners within the City of Ottawa.

Funding is allocated on a first-come, first-serve basis. It covers up to 50% to a maximum of $500/tree (removal and planting), maximum $5,000/landowner. Program guidelines and application forms are available on the SNC's website.

Due to the Emerald Ash Borer, a Ministerial Order has been issued by the Federal Government restricting the movement of wood out of Ottawa and Gatineau. The City of Ottawa is asking that you do so with care. We all play an important part in limiting the spread of this invasive species

A. There is no immediate need to remove an infested ash tree from your property. A tree, even in decline, can offer shade, produce extra oxygen and contribute to a better environment. But if you want your tree removed or if you feel the tree in your yard has become unstable and could fall and damage either property or people, please contact an arborist immediately.

Q. I am a wood lot owner; can I still use ash from my woodlot?

However, best practices have suggested that limiting or stopping the movement of ash products is the best way to reduce the spread of EAB. In many instances, infested trees show no immediate sign of decline and since the bug is so small it can easily go undetected, allowing for infested materials to be transported to other areas. This puts all our forests at risk. So, wherever and whenever possible, please do not move ash products.

Q. What is the role of the private property owner in dealing with affected ash trees?

A. The City will be responsible for removing City-owned ash trees, and ash trees located on municipal land.

Historically, the City of Ottawa’s mandate pertaining to the management of urban and rural forests has been limited to city-owned land. Management of privately-owned forest cover would have legal, operational and financial implications.

Q. How much does it cost to remove a tree?

A. Removal costs will range depending on the size of the tree and the location. The estimated cost for the removal and stumping of a tree in an urban setting is on average $1000 per tree. In a woodlot, hedgerow tree removal costs are lower.

Q. Should people simply cut down all their ash trees immediately?

A. No. Residents should wait for further information until any action is taken. If you are concerned about the health of your tree, please refer to the City’s EAB section on ottawa.ca or consult an arborist. Even if your ash tree is infested with EAB it can still offer benefits.

If the spread of EAB can be slowed, it might give scientists and researchers time to discover a solution to the pest.

Q. Can people use or sell ash wood for firewood?

A. Any ash wood that is suspected of being infested with EAB should not be moved but can be burned on your own property. Burning must be done in accordance with local bylaws. Please note that open-air fires are prohibited in some areas of the City. It is recommended that residents buy or sell their wood locally to prevent the spread of the EAB.

Q. How do I dispose of my ash wood or debris or use ash wood for forestry products?

A. Currently the only place to properly dispose of EAB-infested ash trees is at the City’s Trail Road Waste Facility.

Q. I’m a woodlot owner. How does this impact me?

A. Please read our tips for woodlot owners.

Management guidelines for woodlots near a confirmed infestation of EAB

If your woodlot is infested with EAB