When a team of City employees stepped up to hand out essentials at a commodities filling station in Constance Bay, all they expected was to make life a little easier for flood-affected residents.

What they didn’t expect was to make so many new friends along the way. 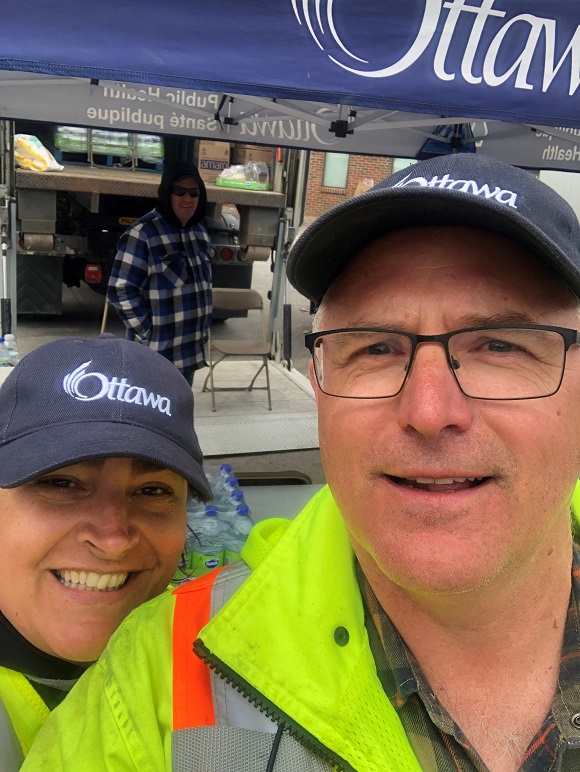 That’s how it felt for Kimberlee Lambe and Shawn Norman, two Public Works employees who usually work with the City’s Technology Innovation and Engineering Support Services. They set up shop in the parking lot of the Constance Bay fire hall, prepared to hand out cases of water and bottles of hand sanitizer to flood-affected residents, who were fast becoming friends.

What kind of friends? Friends who help each other.

“One cold and rainy day, we were just under a canopy,” Kimberlee recalls, “and people kept coming by to make sure we had warm food to eat. They brought hot soup and chili in their cars. They started to look after us.”

Friends who are just looking for a friendly ear.

“People drop by whenever they’re having a hard time, and it’s rewarding to be a sounding board for them,” says Shawn. “They’re tired and frustrated and they just want to vent a little. It’s nice that we can be there for them. Sometimes they just need someone to listen.”

Friends who are selfless.

“We’re handing out free stuff and nobody has ever tried to take more than they thought was absolutely necessary,” says Kimberlee. There’s actually a set formula to determine how many cases of water each household should receive. “We’ll tell them they are entitled to one or two more cases, for example, and they’ll say, ‘no, no, I only need one.’”

Friends who appreciate each other.

“People express their gratitude every day. We regularly hear words of heartfelt thanks, not only to us, but to the Canadian military, all the other volunteers and for all the donations of food and equipment they have received,” says Shawn. “Seeing everyone coming together was such a positive experience.”

And friends who just want to say hello.

“After a few days, the locals kind of got to know us. And we recognize them as well,” says Kimberlee. “So if they’re just driving past, they’ll honk or wave to us. We have a few new friends who regularly stop and talk to us.”

“I’m really glad that I’ve been involved and had the opportunity to meet these people as well as the other fantastic City staff working at the station,” she adds. “For such a horrible situation, it’s great to be able to identify something positive that’s come out of it.” 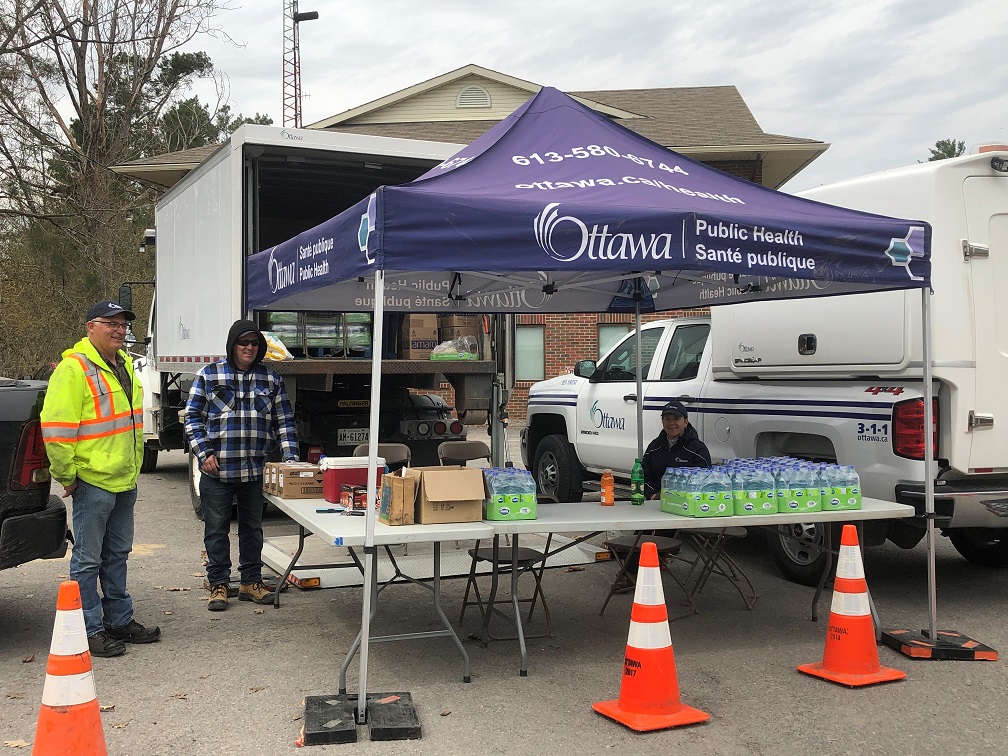