We try to answer the question: When will my street be cleared?

Once winter weather sets in, the City’s road maintenance team monitors road conditions constantly for snow and ice accumulation. It’s a big job. We have more than 12,000 lane kilometres of roads and 2,300 kilometres of sidewalks and pathways. It’s even bigger when you consider: 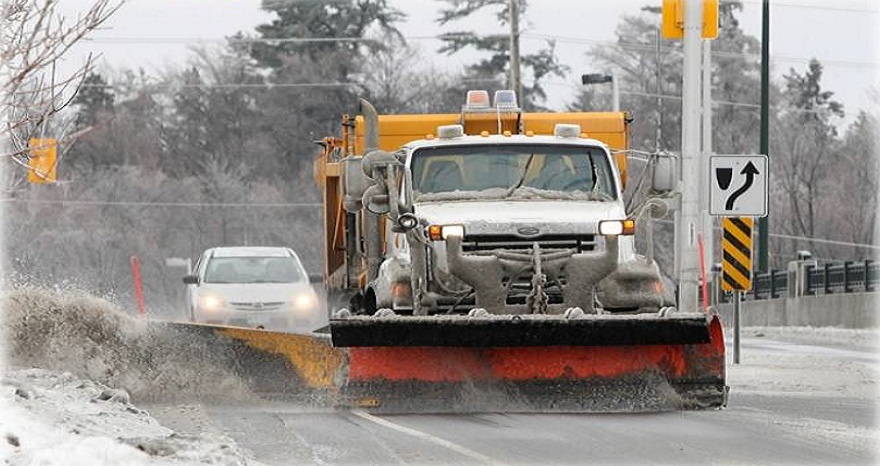 Our number one priority is to keep Ottawa’s roads, sidewalks, winter cycling network and pathways safe and clear for drivers, pedestrians and cyclists. That might mean plowing, spreading sand, spreading salt or some combination of all that.

It all needs to be done, but it can’t all be done at once.So, if you’re looking out the window this winter wondering where road maintenance teams are, this is how we prioritize.

Our first step is to keep the City’s major roads clear. At the first sign of any accumulation, we respond to Highway 174 and the Transitway, and we keep responding until accumulation stops. This helps ensure the morning and afternoon commutes go as safely and efficiently as possible.

Once we determine that 2.5 centimetres of snow has fallen, we start work on high volume roads, such as the downtown core, busy sidewalks and the cycling network. These avenues typically have the highest volume of traffic. Keeping them clear helps ensure the morning and afternoon commutes go as safely and efficiently as possible.

Maintaining sidewalks and pathways is part of the City’s commitment to supporting viable active transportation options year-round. Only a portion of the cycling network is winter-maintained, though, and you can visit the Winter Cycling Network for details.

Our goal is to clear the downtown roads and cycling network within four hours of the last snowflake having fallen.

We also begin clearing more sidewalks, roads with OC Transpo service and roads that lead to schools and long-term care homes. This helps children on school buses and patients in emergency vehicles get where they need to go.

Our goal is to clear the roads within six hours of the last snowflake having fallen, and to clear sidewalks within 16 hours.

If seven centimetres or more of snow has fallen, we expand service to include roads in area that are primarily residential, where you or someone you know probably live. Roads in residential areas are typically the last roads we plow, after the first three levels have been addressed.

Our goal is to clear all these roads within 10 hours of the last snowflake having fallen.

For more detail on all these standards, you can read a thorough report about them. The City is currently reviewing these standards and in early 2021 you’ll have an opportunity to have your say on updated standards through Engage.Ottawa.