The following shared uses are permitted on a year-round basis unless otherwise stipulated:

All motorized vehicles are prohibited except as expressly exempted or permitted under this policy as follows: 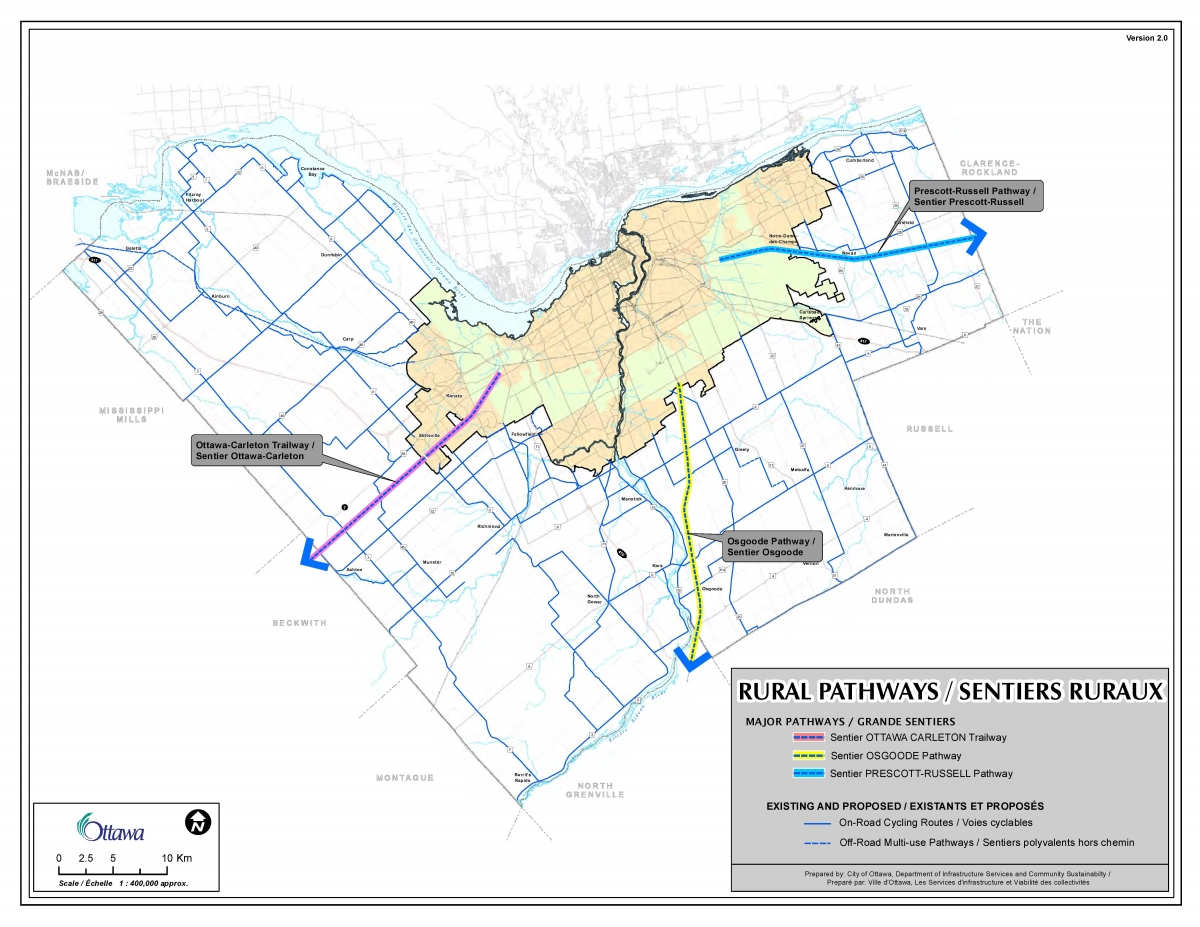 The Rural Pathways Shared-Use Policy was approved by the City Council in February 2011 following a comprehensive study of similar pathways in other jurisdictions. Particular attention was given to pathways with a history of shared use without injuries to trail users.

Under the policy, all motorized vehicles are prohibited on the pathways from spring to fall to provide the best environment for the pedestrians and cyclists who are the primary trail users during this period.

Snowmobiles are allowed on the pathways in the winter but are subject to restrictions, such as speed limits and curfews.