With respect to overall mass of the tower:

With respect to the residential units facing McRae:

The Panel supports the proposed uses but there is an overall consensus that there is too much surface parking. The Panel is generally in favor of the proposed private street or laneway adjacent to the park, but does not support perpendicular parking along that edge. The design should focus on the pedestrian experience moving though the landscape to establish a sense of place through integration with the park.

The Panel commends the applicants for a sophisticated design. Improvements to the proposal could be gained by studying the streetwall height (datum line) at the the 4th storey to relate to the narrow right of way of Bank Street and the established built form along the street.

The Panel is generally supportive of this positive new addition to Manotick Main Street, at this gateway location. Several refinements to the proposal were recommended, including simplification of the materiality and architectural expression of the building, reorganization of the parking lot.

The Panel expressed strong support for this project and primarily offered architectural refinement comments. It is a sensitive site plan and massing and will make for a handsome project.

Relationship to the Church 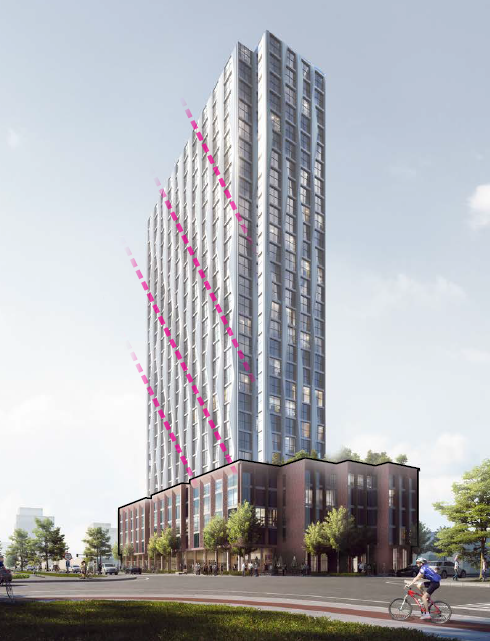