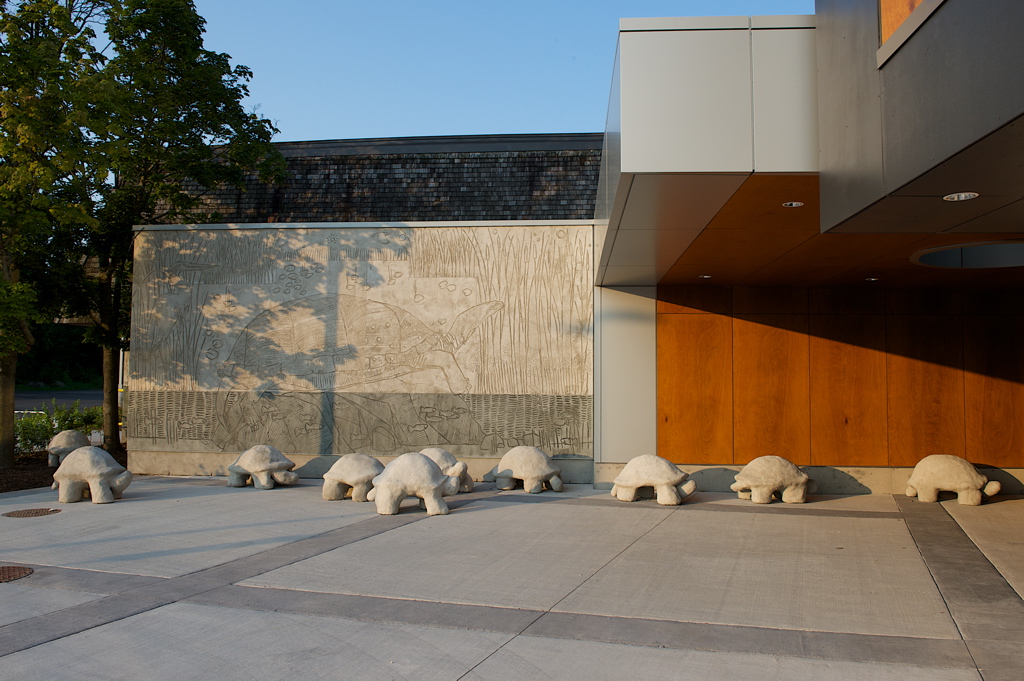 Inspired by the natural ecosystems of Kanata and the South March Highlands, Griffin's gestural concrete murals feature the Blanding's turtle, an important local species, as well as other indigenous flora and fauna. Thirteen concrete turtle sculptures roam the grounds of the library, offering places to sit, read or rest. Each is inscribed with a month in the Algonquin calendar, acknowledging some beliefs that each of the 13 plates on a turtle's shell represents one moon in a blue moon year.

Griffin carved a 'bale' (group) of 13 Styrofoam turtles and volunteers added the concrete layers to ensure the sculptures survive the elements. Over 50 local volunteers joined artist Christopher Griffin for a series of evening sessions to complete part of the artwork.

Griffin is inspired by ancient artwork on cave walls, and created all of his murals by hand, etching and inscribing the images directly into the wet concrete. With no time for hesitation, the creation of the artwork became a performance piece celebrating the natural local treasures and fostering inspiration and pride in the region.

Blanding's Turtles of the South March Highlands was commissioned by the City of Ottawa as part of the renovations at this branch, located beside the John G Mlacak Centre. The artwork and the renovated library officially opened to the public on August 23, 2014.