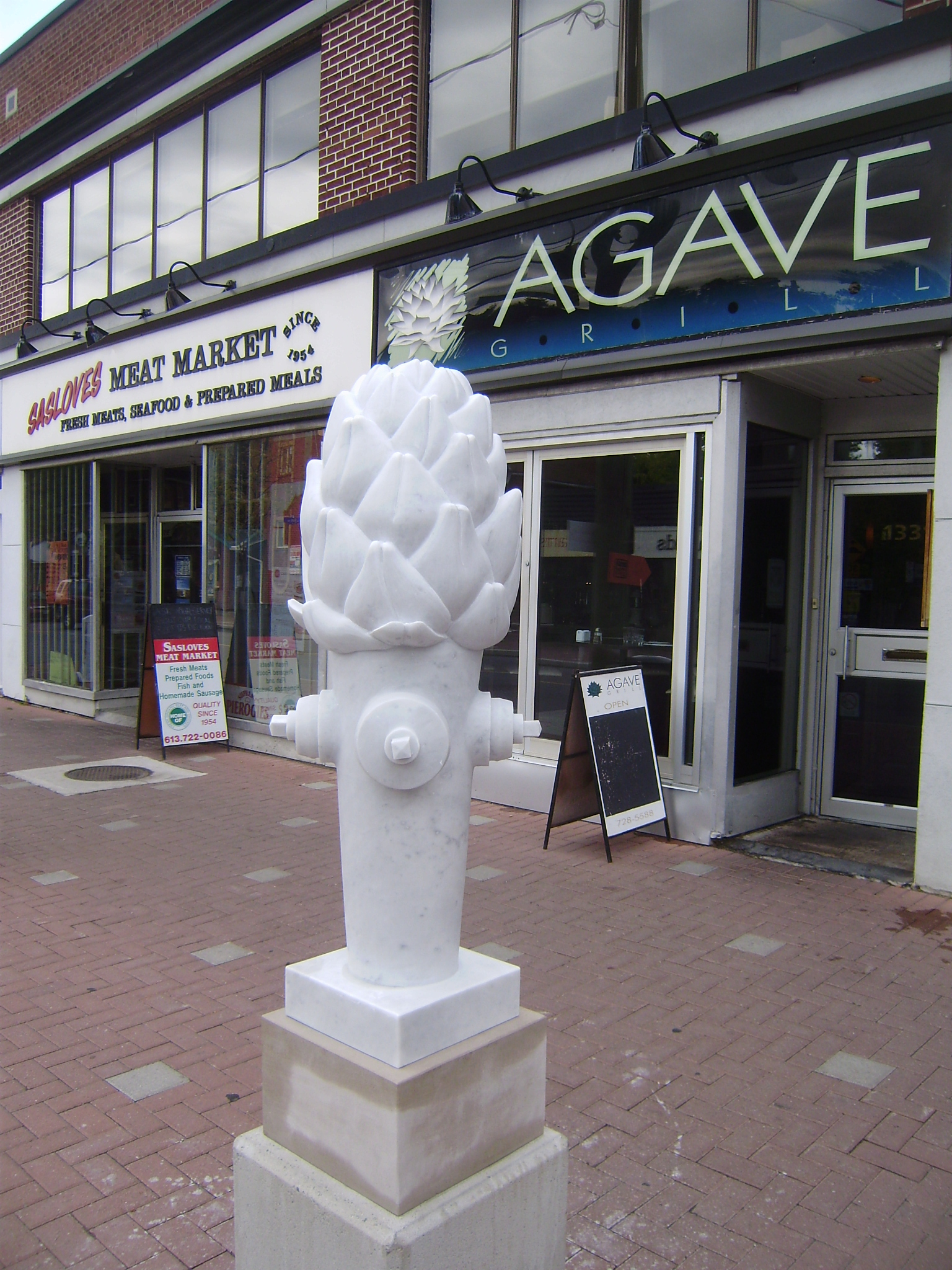 Eighteen hand-carved marble sculptures are installed at intervals along Wellington Street West. Each sculpture playfully captures the form of a fire hydrant fused with everyday objects such as local foods, artistic tools and musical instruments. By sculpting forms and objects connected to the surrounding neighbourhood, The Wellington Marbles pay tribute to the local history and modern renewal of the community. Kucey-Jones and Lotecki chose the fire hydrant because it is an object found in many communities that connects people in an uncelebrated yet vital manner. The hydrants and their coupled forms present the viewer with a sense of humour, playfulness, and culturally reference the area.

Quarried in Carrara, Italy, the marble used for this installation was selected for its fine quality and for its association with classical art. In the same vein, the artists offer a series of sculptures representing contemporary imagery as a monument to the urban streetscape. The artistic practices of Kucey-Jones and Lotecki span many media and have brought innovative and imaginative artwork to communities across Canada and around the globe. The Wellington Marbles were commissioned by the City of Ottawa as part of the Wellington Street West reconstruction project.