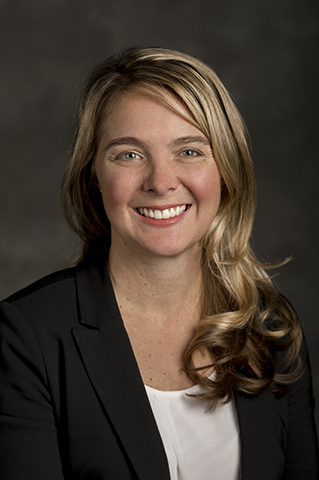 Jenna Sudds spent the first twelve years of her career working as an economist in the Federal Government. She left in 2013 to become the founding President and Executive Director of the newly formed Kanata North Business Association. In 2017, Jenna became the Executive Director at the CIO Strategy Council, a national Technology Council where she worked until taking office as Ottawa City Councillor for Kanata North in December 2018.

Jenna has been highly engaged in her community since moving to Kanata in 2002. She grew up in Niagara Falls, attended Brock University in St. Catharines and moved to the National Capital Region to complete her Masters degree in Economics at Carleton University. Alongside her professional advocacy, Jenna has been a long-time volunteer with the Kanata Food Cupboard and the Ottawa Network for Education.

The Forty Under 40 Award (2015), Kanata North Citizen of the Year (2012-2013) and the 40 Under 40 International Economic Development Professional Award (2016) are just some of the awards Jenna has been presented with these past years.

Jenna is the proud mother of three girls, Riley, Ryan and Brynn, whom she raises in Kanata North with her husband Tim. Her family is her inspiration and the reason she has and will continue to fight for her community. Jenna is determined to create a climate where businesses boom and families flourish, to make Kanata North a better place to live and work.

In her spare time, Jenna can be found at the local rinks, cheering on her girls’ hockey and ice skating teams, or on the many Kanata North trail networks, running.