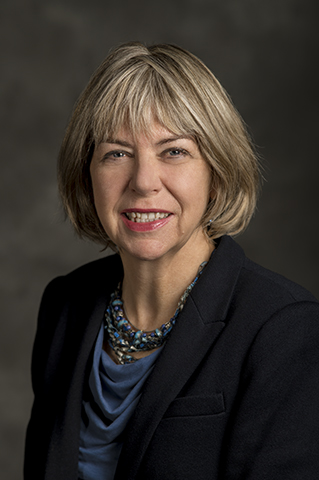 Theresa Kavanagh grew up as one of six children from an Irish Catholic family in Hamilton, Ontario, and went on to earn a B.A. in Fine Arts at the University of Guelph.  At age 20 she joined Canada World Youth and was sent to Sri Lanka. From there she travelled on her own to Nepal, India, Italy and England.

Theresa married, began a family, and was living in Ottawa by 1982. She learned to get involved in the community and take care of her two sons.

After taking a media course at Algonquin College, Theresa volunteered at Carleton University Radio (CKCU) and created a children’s show: “The Children’s Half-Hour”. It was a hit, and lasted three years, with Theresa as the host, and featured Canadian music from Raffi, Fred Penner and many others.

In 1988 Theresa won the nomination to be the NDP candidate in the federal election.  She credits the experience of running for office with sparking her commitment to public service.  Theresa went on to work on Parliament Hill – working with MPs – a career that lasted almost 30 years. She has also served two years on the Board of Directors of Alterna Savings.

In 2010 Theresa was elected as the Ottawa Carleton District School Board (OCDSB) Trustee in Bay Ward (Zone 4) and was re-elected in 2014. During her eight years on the School Board, she worked closely with families on the organization of school programs and accommodation. She has served as Chair of the Board’s Budget and Audit Committees. “School Boards are required to provide services within balanced budgets and do the right thing for our students.  I want to take that philosophy to City Hall.”

Theresa is proud of her role working with parents and community to save Regina Street Public School which led to a very successful alternative program being established that is now at capacity enrolment.

Theresa is an accomplished amateur athlete having completed 20 marathons including three Boston Marathons plus many triathlons including 6 iron distance triathlons and many cross country ski loppets. She regularly commutes by bike for the health benefits and the environment.

Theresa has two grown sons and currently lives in Bay Ward with her husband Alex.