The Aquifer Monitoring Program tested two community wells to check for groundwater pollution as part of a benchmarking exercise.

Residents in the rural community are encouraged to carry out regular testing of their wells for bacterial contamination.  Given the proximity to two area golf courses, farming activities, and other commercial operations, the NGCA wanted to test two area wells to establish a benchmark for potential pollutants in the aquifers.  Types of pollutants being tested for included herbicides, pesticides, and volatile organic compounds (organic chemicals found in a variety of products such as paints, cleaners, and fuel oils). 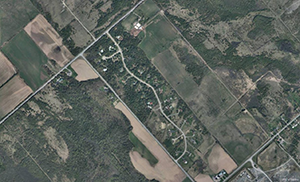 Manotick on the Move 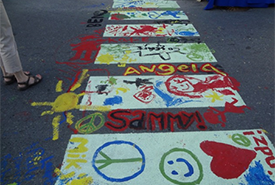 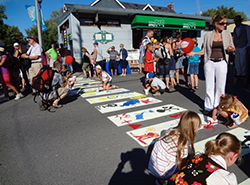 The Pinhey Sand Dunes Restoration Project is a multi-phased project to restore Ottawa’s only inland sand dune complex, the Pinhey Sand Dunes.  The project is being undertaken in collaboration with the National Capital Commission and local volunteers, and is being supported by the Ontario Trillium Foundation, TD Friends of the Environment, and the City of Ottawa.

Phase 1 of the project was completed in 2013 and included the removal of encroaching vegetation and debris. Phase 2 was undertaken in 2014 and continues into 2015, expanding the core dune area and restoring the natural habitat. 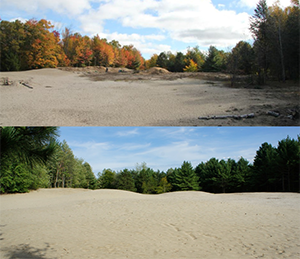 Projet Karyne is a renewable energy project created in partnership with École Secondaire Gisèle-Lalonde. The project was established in memory of Karyne Maisonneuve who died of cancer in 2006.

Project Karyne brought students together from across Ottawa in a friendly competition using model solar-powered boats and cars. The challenge for grade 6, 7 and 8 students was to design and build solar-powered model boats using recycled materials, while high school students designed and built solar-powered cars. 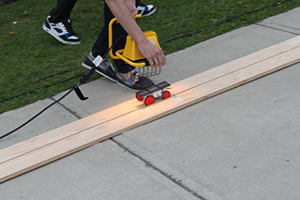 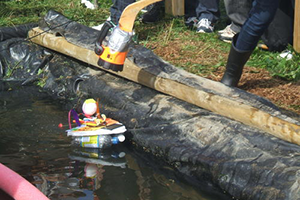 The garden was established to protect and enhance the status of monarch butterflies in a pesticide/herbicide free area and compensate for milkweed depletion and wildflower reduction.  Examples of plantings in the garden include the common milkweed, butterfly bush and butterfly weed, red aster, and red sedum. 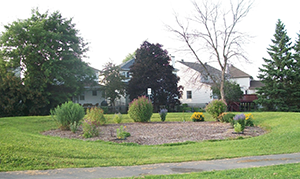 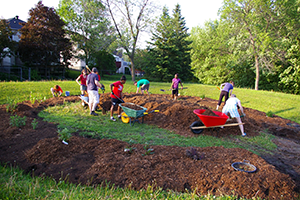 The Stonebridge Community Association is undertaking a multi-phased project to inventory and map trees in their community. This project is being undertaken with support from the City of Ottawa’s Forestry Services Branch and the use of the City’s tree inventory database. The initiative measures the urban tree canopy and the impact of the Emerald Ash Borer.