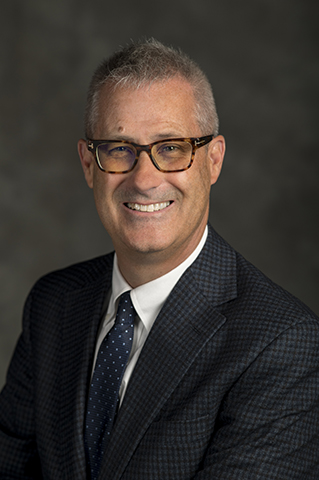 Born in Montreal in 1962, Keith Egli moved to Nepean while still in high school. He graduated from St Pius X high school and then attended the University of Ottawa for both his BA and LLB degrees. As a lawyer for twenty years, Keith had filled a number of roles. He was a partner with the law firm of Radnoff Pearl. He acted as a labour relations officer for the Ottawa Carleton District School Board during its post amalgamation phase and negotiated collective agreements on its behalf with a number of different union groups. He taught both at the Bar Admissions course and Carleton University. Just prior to coming on as a city councillor, Keith was mediating disputes and heading up the civil litigation department of Langevin Morris Smith.

Keith and his wife Kristen have resided in the neighbourhood of Craig Henry for 20 years. They have 3 children, Ben, Sam and Noah.

Councillor Egli has served as the Chair of the Transportation Committee for 6 years. Over two terms of Council, he has served on the Transit Commission, Library Board, Board of Health, Finance and Economic Development Committee as well as Community and Protective Services Committee.

Councillor Egli is very proud to serve the residents of Ward 9 Knoxdale-Merivale and to represent the voice of his community at City Hall.