Automated Speed Enforcement (ASE) is a system that uses a camera to enforce speed limits. Speed cameras, much like red-light cameras, exist to reduce the risk of collisions. In Ottawa, these cameras are located in certain community safety zones near schools where speeding is a risk to our most vulnerable road users, our children.

“Coming Soon” warning signs are installed for at least 90 days wherever a speed camera will be placed to alert motorists of its upcoming installation or re-installation: 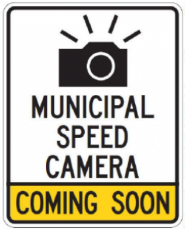 Once the speed camera goes live, the coming soon sign is replaced by a “Municipal Speed Camera in Use" sign: 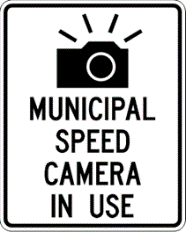 Figure 2 - Municipal Speed Camera In Use

Cameras will be active only when the “Municipal Speed Camera In Use” sign is posted.

Speed cameras will be installed in the community safety zones below:

Throughout 2022, the City is expanding the ASE program by gradually adding cameras to 15 new locations, all near school zones.

The other new locations scheduled to have warning signage and have ASE cameras installed over the next year include:

Since the Automated Speed Enforcement program began in July 2020, over 125,000 tickets have been issued at eight priority school zone locations (as of January 2022). This has generated approximately $8.1 million in revenue, which is all reinvested into the City of Ottawa’s Road Safety Action Plan program, which uses education, engineering and enforcement to promote greater road safety for all road users.

Data from the pilot period shows that ASE has a positive impact on driver speed and safety on average at school zones in Ottawa:

There is a very simple way to avoid getting a ticket – just don’t speed. Slow down and help keep our communities safe. Think Safety, Act Safely!

The Automatic Licence Plate Recognition (ALPR) vehicle is a device which helps the Ottawa Police Service to ensure road safety.

This piece of technology has been an enormous help in identifying drivers who should not be on the road.

Funding for the purchase of the ALPR units has come from the Safer Roads Ottawa Program.

Council originally approved a pilot Red-light Camera Program in the City of Ottawa and subsequently approved its continuation and expansion. The program is an initiative to improve intersection safety by decreasing the incidence of red-light running.

Red-light cameras are installed at several locations throughout the city. Intersections are selected based on collision rates.

"Red-light running" refers to driving through an intersection after the light has turned red. It is an aggressive driving behaviour that contributes to Ottawa's collision rate; in 2018, there were 567 reportable angle collisions at signalized intersections in the city.

A driver running a red light can seriously injure or kill others. Collisions resulting from red-light running tend to be more severe than other intersection collisions because they usually involve at least one vehicle travelling very quickly. In the most serious red-light running collisions, the vehicles hit each other at right angles. The resulting side-impact collisions cause severe injuries sometimes leading to death.

Too often! Here are examples of blatant red-light violations at different intersections. The data was recorded during a five-hour period and applies to only one direction:

How do red-light cameras increase safety?

Public awareness of red-light cameras improves aggressive driving behaviour. Studies have shown that red-light violation rates can decrease as much as 42 percent within a few months of camera installation. The benefits of improved driving habits even spread into intersections without cameras.

Where are the intersections equipped with red-light cameras in Ottawa?

The intersections equipped with red-light cameras, in Ottawa, can be found on the interactive traffic map. New red light camera locations are added to the map only once they become fully activated.  As of the end of December 2018, 54 red-light cameras are active in Ottawa. The number of cameras will expand to 74 by the end of 2020.

Are the intersections with red light cameras signed to warn motorists?

Yes, all locations equipped with red light cameras are signed.

How is the red-light violation documented?

Do the cameras photograph every vehicle passing through an intersection?

No. The cameras photograph only those vehicles entering an intersection after the light has turned red. Motorists who enter during a yellow light and are in the intersection when the light changes will not be photographed.

No. It is against the law to obstruct a vehicle's license plate.

Do the cameras also record violations at night?

Yes. The cameras can record violations in darkness.

What about cyclists who run red lights?

The red-light cameras are not used to detect and photograph cyclists who run a red light. Although cyclists are subject to the same traffic signal regulations as motorists, there is no current registration system that could verify a cyclists' identity in a photograph.

It is difficult for police to enforce red-light running because they must follow offenders through the light in order to catch them. This can endanger other motorists, cyclists and pedestrians as well as the officers.

Communities can't afford to have police patrol intersections as often as necessary to catch red-light runners. The cameras will allow police to focus on other enforcement needs.

Who receives the ticket for running a red light? What is the fine?

No matter who was driving the vehicle at the time of the photograph, the registered owner of the photographed vehicle receives the ticket. The owner's insurance company will not be notified of the violation.

The fine is $260 plus a $5 service fee and $60 victim surcharge. If the fine goes unpaid, the license plate cannot be renewed. The owner's driver license is not suspended for any unpaid fine, and no jail term can be imposed for the offence or for fine default.

Will the registered vehicle owner receive any demerit points?

No, but red-light runners ticketed by police and subsequently convicted will receive three demerit points.

How are violations processed?

All evidence gathered from red-light cameras is processed as follows:

The court system is responsible for trials and appeals

No. By obtaining a license, motorists agree to abide by rules governed by the Highway Traffic Act. Motorists themselves are not to be observed or documented. Red-light cameras photograph a vehicle's rear license plate only-not its driver or occupants. The City consulted the Province's Information and Privacy Commissioner to ensure the cameras do not violate driver privacy.

Photos gathered for evidence are used only to verify that an offence has occurred and to record license-plate numbers. Officials at the Centralized Processing Centre keep the photos. If a defendant requests a trial, the centre must help the Crown Prosecutor by providing the original violation photos and certified plate registration information. These photos, when entered into evidence, become public record.

What is the City's annual budget for the Red-Light Camera Program?

The Red-Light Camera Program has an annual budget of $1.916 million in 2019. The funds are used to cover the following:

What other jurisdictions/countries use red-light cameras?

Red-light cameras have been used throughout North America, Europe and Asia.