Witness of Change: Visions from the Andrews-Newton Photographs

The Andrews-Newton photographers documented Ottawa’s growth and transformation. From the post-war years through to the end of the 1950s, the Andrews-Newton staff worked as the official photographers for The Ottawa Citizen newspaper, capturing everything from major events and disasters to portraits and community celebrations.

The images from the Andrews-Newton collection will allow you to experience an exciting period in Ottawa’s history; a time that shaped how Ottawa looks and functions today.

Between 1945 and 1960, Ottawa went through a period of dramatic change. By the end of the Second World War, our Nation’s Capital was a small city moving from a wartime economy to a peacetime economy. After years of refuge in Ottawa, the Dutch Royal family headed home to the Netherlands while troops returned from war looking for homes and jobs. The federal government hired an urban planner to deal with the rapidly growing city.

By 1960, uncertainty remained as the Cold War heated up.

Photographs: Capturing a Moment in Time

Photography is a powerful tool for recording significant, often once-in-a-lifetime, moments in history that cannot be repeated. A single photograph can stimulate a range of emotions: love, hate, anxiety, awe, fear and nostalgia, to name a few.

The history of photography spans centuries and continues to evolve today with the rise of digital technology. As the medium continues its growth, so too does its accessibility and popularity, with more people taking pictures now than ever before.

In 1888, George Eastman changed the world of photography by inventing the Kodak camera. For roughly $25, the average person could purchase a camera that was pre-loaded with film. When the film was full people would send the camera back to Kodak who developed the pictures, reloaded the camera with new film, and sent the camera and prints back to the photographer. The camera was, “light, inexpensive and extremely simple to operate”  (Willsberger 4). In the first four years of production, over 90,000 cameras were sold.

Clubs and societies of amateur photographers appeared across Canada, and more and more people began documenting their lives. 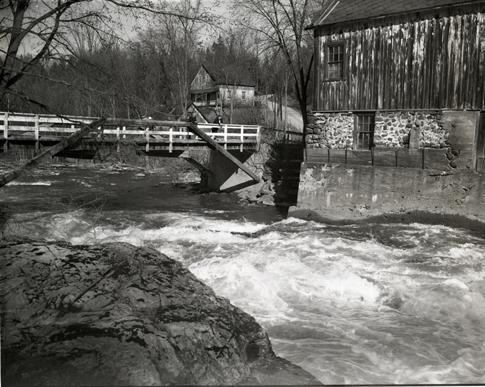 The 1940s and 1950s saw rapid growth in Ottawa. People began to embrace urban life, causing a boom in the construction of new homes for the expanding city.

Many political figures, from Ottawa’s Mayors to Canadian Prime Ministers and Governors General, had a profound impact on the city and the entire country. Many of their decisions directly influenced the development of the national capital and shaped Canadian history.

The period following the end of the Second World War was a time of change, both on a local and national level.

The Newtons: A Family Business in Pictures

The Andrews-Newton Collection consists of two million prints and negatives, covering the period of 1946 to 1993

Sports have always been an important part of community life in Ottawa. From baseball to hockey and everything in-between, residents of this city were captivated by sports. 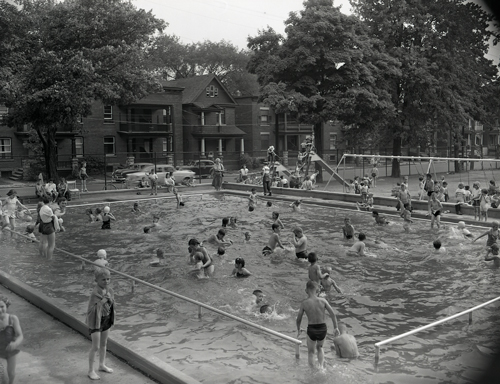 Ottawa hosted dozens of events in the post-war years up to 1960. From parades to the annual Exhibition, community events gave an exciting change to daily life, helping to form strong communities.

Ottawa had the honour of hosting the annual Central Canada Exhibition. The Ex, as it became known, appealed to all members of the community, with records of over 200,000 people turning up to watch the parade.

In 1955, the Lions, Kinsmen, and Richelieu Clubs made over $500,000 by holding roughly 35 “Monster Bingo” nights each year. Monster nights became the largest bingo in Canada, with over 250,000 people trying their luck in large indoor arenas. The proceeds funded charitable programs like building recreation centres, supporting children’s education or building cancer treatment centres.

The controversial game was allowed in Ottawa due to the Criminal Code’s phrasing that places that were not common gambling houses were allowed to ‘occasionally’ host games where proceeds were given to charity. Although legal, Mayor Charlotte Whitton was displeased by what she considered a form of gambling, and groups including the Kiwanis and Rotary clubs refused to host games.

In the 1950s, it was claimed that the game of bingo was the largest social activity in Ottawa behind drinking and eating. As the decade progressed, clubs required new prize ideas to draw participants and make a decent profit as costs began to escalate. Yet, even with the negative attention, the fundraising benefits of Bingo were monumental. 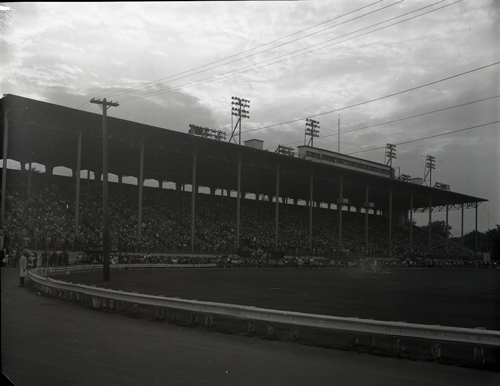 Several large-scale disasters occurred during the late 1940s and the 1950s that left permanent marks on Ottawa.

Fashion in Ottawa changed dramatically during the post-war years up to 1960. To keep up with the trends, stores such as Charles Ogilvy Ltd. and Murphy - Gamble Ltd. continuously changed their displays to showcase the newest and hottest clothing. Whether it was a new display, a fashion show for a children’s line of clothing, or the unveiling of new Red Cross uniforms, the Newton photographers were there to document it.

May 8, 1945: VE-Day (Victory in Europe) was declared when Germany surrendered, ended the Second World War.

September 2, 1945: Japan formally surrendered after atomic bombs were dropped on Hiroshima and Nagasaki in August.

May 1946: The Canadian Citizenship Act was passed, making Canadian citizenship separate from British citizenship. The Act went into effect on January 1, 1947.

August 1947: Pakistan is created after India is partitioned. Both countries were granted independence from Britain.

May 14, 1948: Israel became an independent country

March 1949: The North Atlantic Treaty Organization (NATO) was formed as a defence against the spread of communism in Europe.

1953: The double helix structure of DNA was discovered.

March 1955: Riots broke out at the Montreal Forum when Montreal Canadiens hockey player Maurice Richard was suspended for the 1954/55 season.

January 1956: A Canadian law was passed guaranteeing equal pay for women who do the same work as men.

May 1958: The North American Air Defence (NORAD) agreement was signed between the United States and Canada.

August 1960: The first oral contraceptive was marketed in the United States.

September 1960: After 18 seasons, Maurice Richard retired from the Montreal Canadiens.

The following maps from the City of Ottawa Archives demonstrate the construction and expansion that occurred in the city during 1946 and 1961. Detailed sections of each map, organized by letter, allow a closer examination of Ottawa’s development.

Would you like to participate in a 10-15 minute web experience exercise to help us improve the Property Tax section on ottawa.ca?

We ask that you fill in the survey after you have finished your visit to this site.

Even if you only spend a brief time on the site, we would like to hear from you.